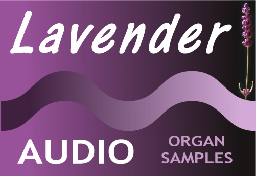 This organ was built in 1809 for the church of St Mary the Less, Thetford, Norfolk by the Suffolk based organ builder, Joseph Hart. The Great organ originally had a huge compass of 68 notes, ranging from 12 foot F in the bass to top C in the treble. The swell originally ran from tenor F and comprised just 4 stops.

The compass of both Swell and Great was rationalised in 1876 by Denman of York, at which time the Swell was augmented by the addition of the Double Diapason, Viol di Gamba and Mixture - it seems likely that the Great Flute was also added then as well. Norman and Beard overhauled the instrument in 1893, improving the wind system and pedal couplers as well as converting the pedal action to pneumatic.

By the late 1980‘s the organ was not in the best of health and - more seriously - the church of St Mary the Less had become redundant. The church of Little Waldingfield, meanwhile, needed to replace an ageing and unreliable electronic organ. Thus, in 1989, the Hart organ was purchased and installation began in St Lawrence church that autumn.

The work was carried out by Ipswich based organ builder Peter Bumstead - he also returned the pedal action to tracker and installed a balanced swell pedal in place of the trigger swell. No other material alterations were carried out and the organ still sounds as it did in the early 19th century, albeit with the late Victorian additions described earlier.

The Great flue work in particular is of typically English classical design - gently voiced and designed to blend with a singing quality. The Great mixture comprises a sesquialtera bass (17.19.22) and cornet treble from middle C (12.15.17) and is thus usable as a cornet in conjunction with the 8 and 4 foot flutes as well as a useful reedy addition to the Great diapason chorus. The Swell mixture is a little less refined starting at 19.22 and breaking back to 12.15 at tenor C for most of the rest of its compass. The swell oboe is particularly forthright, possessing the power of a small trumpet.

The organ itself could have been made to measure for Little Waldingfield. It fits perfectly within its arch and the top of the swell box clears the north aisle roof by 3½ inches. The instrument features in the British Institute of Organ Studies register of historic pipe organs - you can view the certificate here.

All samples are presented at 44.1kHz, 16 bit with single loops. As well as individual samples for each pipe, the instrument features blower, stop action, key action and swell box noise. This may be disabled by clicking on the blower on/off switch - note that switching off the blower won’t stop the pipes from sounding.

There are 6 divisional pistons each to Great and Swell, as well as 8 general pistons and a general cancel. These are all accessible via the Stops+Pistons screen as well as via MIDI (see screenshots below). Composition pedals for Great pistons 1, 4 and 5 are also available on the Console screen. Note that these work from right to left, as in the real instrument - the furthest right composition pedal is, in fact, Great piston 1.

This organ requires approximately 870 MB free memory to load uncompressed and 650 MB when each rank is loaded with lossless compression.

Direct download links for this sample set are as follows ...